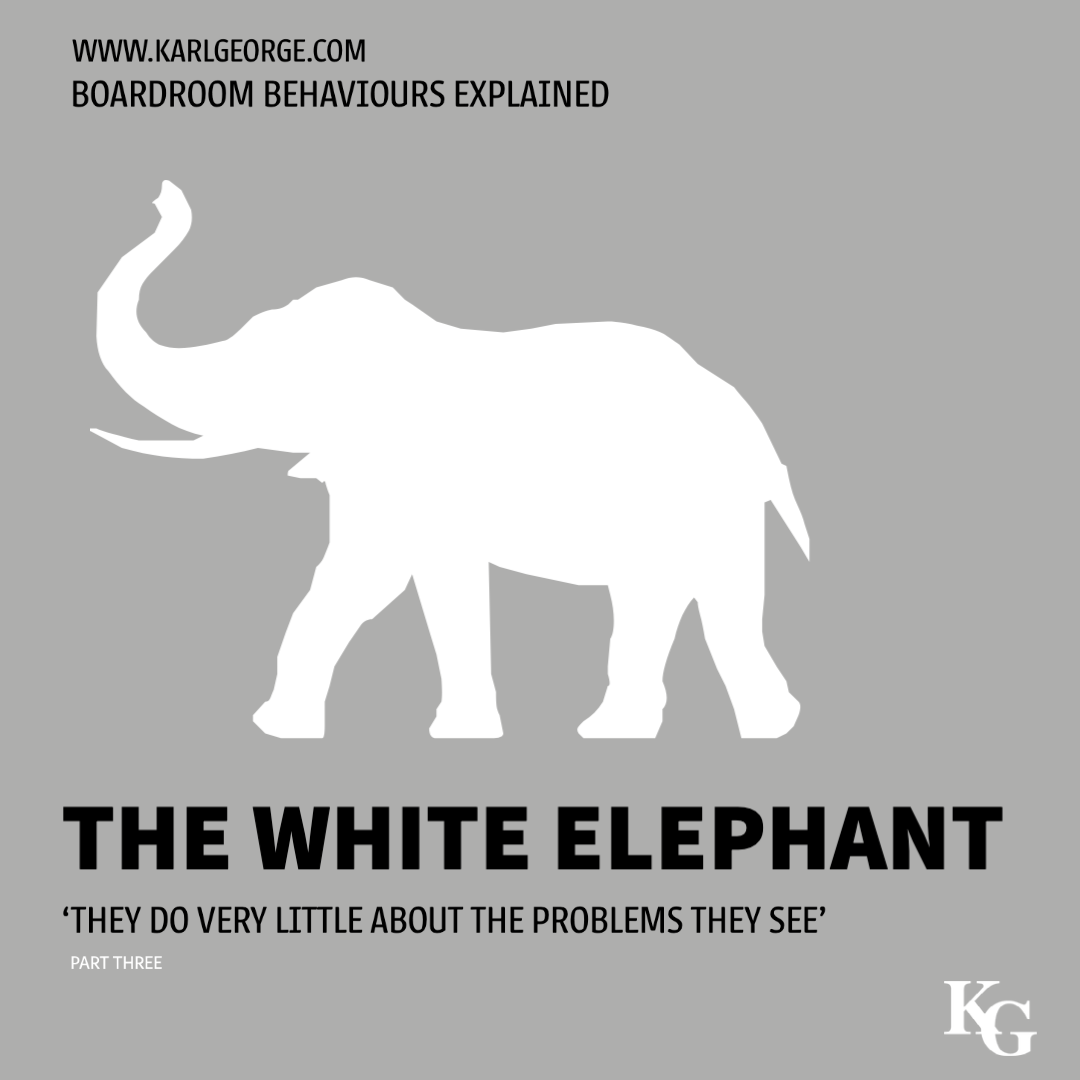 There are some leaders who ignore what’s under their noses. They are the white elephants. We often talk about people ignoring the ‘elephant in the room’, meaning something that should be impossible to ignore – but we ignore it all the same. This is the theme for this third article in my series on dysfunctional board behaviours.

The white elephant board has the knowledge that things are not right, or could be done differently, but they CHOOSE to ignore it. They do very little about the problems they see.

This is wilful ignorance as opposed to the wilful blindness of the black swan. Perhaps they hope the problem will go away on its own if they do nothing? They choose not to investigate options and solutions.

These boards are asleep and the animal that would represent an individual board member in this situation would be the snail. They are slow and they don’t want to deal with the problem.

We can see a parallel with how Kodak and Nokia failed to act effectively on the emerging threat posed by digital cameras and smart phone technologies.
Both these companies knew that the market was changing but they failed to capitalise on the opportunity.
In 1998, Nokia was the world’s largest mobile phone brand. Nokia continued to focus on its devices and its hardware when Android and Apple were far quicker to see the opportunities of app-based software.. When many competitors switched to the Android system, Nokia decide to partner with Microsoft to create Windows Phone, which was later discontinued.

For about 100 years the name ‘Kodak’ was synonymous with photography. In the 20th century they made taking and developing pictures easier and more affordable than ever before. They didn’t ignore the digital camera when it came along, they even sold digital cameras, but they didn’t focus on digital cameras ENOUGH and as a result their market share dropped.

Next time we’ll look at the grey rhino, the last of our four dysfunctional types of board. My thoughts about the grey rhino have been inspired and informed by the book Gray Rhino by Michele Wucker. (As an American she uses the American spelling of ‘gray’)…